League: Major League Baseball (MLB) National League (NL)
Inaugural Season:
In 1876, the team, known as the Chicago White Stockings at the time, was one of eight charter members of the National League.
In the 1800s and early 1900s, the team went by various nicknames such as the White Stockings, Colts, and Orphans.
In 1902, due to the number of young players on the team, the Chicago Daily News referred to the team as the Cubs. The Cubs nickname was official adopted by the team in 1907.
World Series Champions: 1907, 1908, 2016 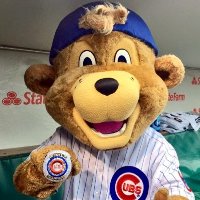 Find Out When the Cubs Play

Work for the Cubs

Do you love baseball and the Cubs? Would you like to work for the team? Check out current employment opportunities with the Cubs, other MLB teams, and MLB.